“Human Lily and wolven Rowan get involved in a centuries-long fight between human-seeming werewolves and a scheming, immortal vampire with a revenge axe to grind. And no one comes out of the conflict unchanged.”

And here is a small snippet.

A rustle in a nearby tree spun him around. Stanislav Borinsky, now called Jack Stevens, crouched on a limb, his eyes glinting in the moonlight. The vampire watched, waiting, intent on the cabin of the truck.

“Where is she, old wolf? What have you done with her? You know you will tell me when I’ve finished with you. Why not spare us both the inconvenience?”

Rowan assessed the killing field with a swift glance. Every boulder, depression, fallen branch, mapped in his head, every slight depression or hummock in the snow; he smiled at the old bat. “Borinsky, you missed the boat by so much, the ticket office closed down hours since. She will never be your prey.”

The vampire leaped off his perch to float gracefully to the ground. “I will have her. I won’t have my operations disrupted by a human. You must see this from my point of view. I need Mullen to front my North American operation and she has fingered him. What is a puny human to us? Come, give me the girl and I will forgive what your pack did to my men.”

“The girl is mine. Shall we fight?” Bring it on. It was past time they stopped dancing around each other and settled this for good. This wasn’t about Lily any longer, or about Borinsky wrecking his human identity. It was about who was going to survive.

Borinsky hesitated, looking into the shadows of the forest. “How careless you have become in your dotage. Your pack appears conspicuous by their absence. One last chance. Where did you leave her, and where is she going?”

A whiff of frigid air brought the scent of wolf. Rowan did have a pack-mate, but was she on his side? The old bat missed the spore of a werewolf. Too bad for him. “How about you consider giving up flying? Sink your fangs into me, and that is what will happen.”

Borinsky snapped his cloak back from his shoulders. “What makes you think I would want to ruin my dental hygiene on your sorry carcass? We both know I am stronger than you in your current form. I’ll settle for snapping your back to let you freeze to death.” He rose from the ground, floating into battle position.

A sleek gray wolf sprang out of the bush, bounded to the truck bed, and then onto the roof of the cab. She crouched, ready to spring, her glowing eyes intent on the vampire’s throat. The vampire sailed up onto his former perch, shaking out his cloak like ruffled feathers. “That is not a wolf.”

Rowan smiled again. “Not all of my pack are lupine. Shall we discover what happens when a vampire gets bitten by one of my kind? Normally, I am kind to new pups, but in your case I could make an exception. Oh, and by the way, if you want a fight, you had better get on with it. I spy a silver streak in the sky. Still, this shouldn’t be a problem for you in your new life.”

Do something different this year. Say it with something that lasts. Check out Grimbold Books Romance books on Amazon, Nook, Kobo and many more places. 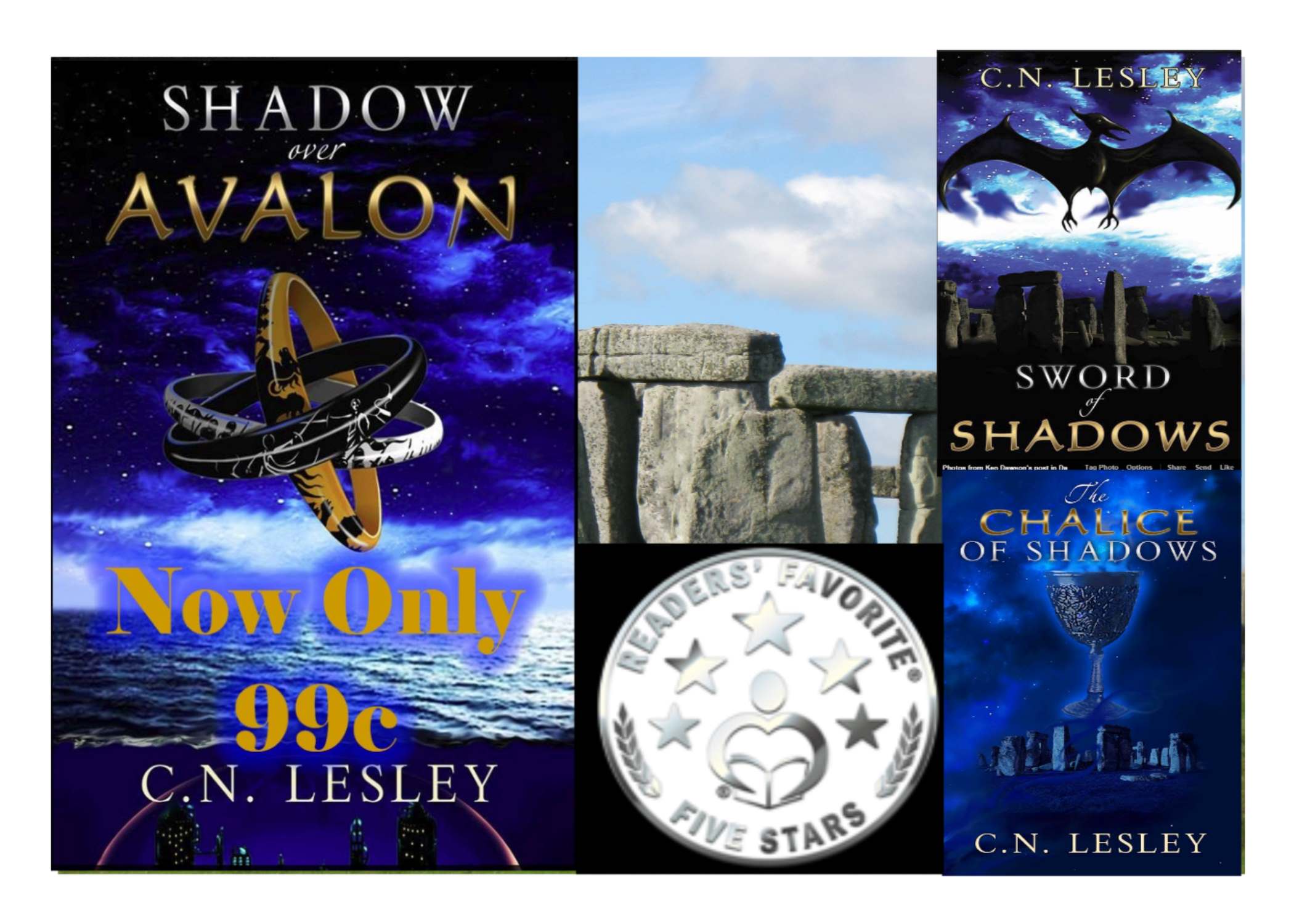 Seriously Good Read!
February 5, 2018
Format: Kindle Edition|Verified Purchase
Shadow Over Avalon had everything that I look for when I read a fantasy novel. There were so many layers to this story that I had a hard time pulling myself away from it. Without giving too much away, the story of Arthur and Shadow really drove this book. Watching how the timelines of these two unraveled is really what captivated me. Not to mention the world of Avalon itself was marvelous.
This book builds a world without being too into the world itself. You can see yourself in Avalon with its people, as well as with the Terrans on the surface. Shadow Over Avalon is incredibly detailed without there being too much fluff. I would say this is one of the best fantasy novels I have read in a long time. The ever-looming presence of The Archive gives you the feeling that there is much more to the story than is written. I highly recommend this book and honestly cannot wait to read the rest of the series.

The first day today and that means two things. The first is that there are precisely 51 more days until the winter solstice when the daylight starts growing instead of shrinking. That is a milestone as I don’t like the huge darkness of this time of year a lot. Right now it is about 8.10 am and not a trace of dawn in the sky. This will be even worse next Sunday when 8 will become 7. Then the days really feel too short. On the flip side, I don’t believe I would like to live near the equator much as I had a big problem in Hawaii when the evenings were dark by six and dawn came long after I was up. I like my long summer days.

The second thing November means is the start of National Novel Writing Month, otherwise known as NaNo. Yes, I have enrolled and am working on the third book in the Darkspires series, entitled Writhe of Wurms.  Yes, I have actually written about five hundred words so far and am liking where the story is taking me. No, I have no idea what is going to happen. I am a pantzer and it will unfold to me as I write.

I was driving back from having a flu shot yesterday and looking over the now bare fields I saw a coyote trotting briskly under a  clear cerulean sky and being overflown by a flock of tardy geese. It occurred to me that winter was a mere breath away and that snow was coming to stay very soon. That being so, it is time to start a new book.

The Darkspires series is definitely calling to me this time as I already have a new book in the Shadow series waiting in line for a publishing spot. I don’t know what I am going to call it yet, or how it will end and yet snippets are coming to me in an ever increasing torrent. It is clear I won’t be able to work on anything else until I satisfy the needs of these characters to have their voices heard again.

Maybe they were roused out of hibernation by the recent release of ‘The Book of Dragons’ anthology, where Dragon’s Bane features among the stories and is set in the Darkspires world? If anyone is curious how the Drakken Connor ended up all alone here is the place to find out. It is available on all the Amazons and other major outlets.

Maybe I am listening harder as I am now finally starting to feel human again after another go around with bronchitis? It will be a few days before I can really write as I have a lot of house cleaning to do with everything being coated with builder’s dust. Yes, he could have put up a shield and didn’t. This will be the sixth time I have wiped down all the exposed surfaces and I doubt if it will be the last. Still, I now have a very beautiful new kitchen and hall floor in marbled tiles. Yeah.

Want a preview? Dreaming of Darkspires is currently free on Amazon.com and I wish it were free elsewhere, but they declined to price match. It is, however, free on Kobo and Nook. https://www.amazon.com/Dreaming-Darkspires-C-N-Lesley-ebook/dp/B0178F3R8Q

Or what about an audio book? Here is a review of Darkspire Reaches, the audio version, which is free for the first sign up to the audio program on Amazon.

I’m still making my way through the audio book for Darkspire Reaches, but loving it. Julie Hinton does a wonderful job of getting the characters’ personalities to come out. You team this up with C.N. Lesley’s wonderful words and it’s a very entertaining book to listen to.

She gets deep into the character’s emotions and helps you feel what the character is going through. Action is well paced, settings and scenes so wonderfully illustrated. Beautifully read by Julie Hinton.

I’ll be looking for more books read by her when I need to get the next one.

This is free on most platforms and I wish I could make it free on every Amazon but they will only price match on .com. I am also not allowed to argue with them about it any more. Sigh. Anyhow, here is where the story of Raven and Connor begins.

Look what has just gone live! Did you know you can get this for free if you sign up for Audible for the first time? Enjoy the experience of listening to a book anywhere, anytime. https://www.amazon.com/Darkspire-Reaches/dp/B071YPC9S8/

The publish button has been pressed and we are just waiting on Amazon so this is going to be live in days! Narrated by the wonderful Julie Hinton, the story is now audible. Yay!

Strangely enough, this was not a book I intended to write after I finished Darkspire Reaches, which was supposed to be a stand alone novel. However, there was a certain expectation from my publishers that there would be a sequel and I will admit to prevarication until I saw the comments in the reviews for Darkspire Reaches. While I will never respond, I always take notice and I saw people were asking questions about the world, in particular the Shangrove and also wondering about a sequel, so I go to thinking about what would happen next. This book was so much fun to write and now I guess I am thinking about a third in the series. Maybe I’ll call that one Wurms of the World. We will see.