This has not been edited. It might change when this happens.

Crimson light glistened off the snow, casting an angry glow on the world. Rowan sat in the truck, his hands clenched around the steering wheel, waiting for retribution. The sounds of Morgan dressing ceased in the back, making for a charged silence. She climbed over the seat, easing down into the passenger side. The stiff anger on her face told him exactly what she thought of him.

“How?” She balled her fists hard, pushing them into her lap and took a deep breath, facing him. “How did you do that to me? There was no bite. Everything I have read about werewolves or seen at the movies says there has to be a bite. You told that creature he would change if he got bitten. I heard you.”

Damn, why did she have to start with that question? He briefly considered running, but she would follow, demanding her answers. He stared straight ahead. “The virus is in the fangs. I don’t have to break skin to inject it. I can let it flood into my mouth.”

“You …” She covered her face with her hands, rocking back and forth for a few moments. She looked away into the darkness of the trees. “You kissed me.”

She might as well have said ‘You pulled my head off’ from her tone. “Yes, it happened then.”

“Does this always happen when you kiss someone, or share a glass, or cough, or sneeze?”

Damn, she hadn’t been listening properly with her rage upon her. “I can kiss without infecting. Letting down the virus from my fangs is a choice. I chose to alter you.” Rowan braced for the screeching to start. He glanced at her when silence continued. She trembled, making him wish she had screeched. He could live with noise, but not this guilt trip.

“Because I knew who was behind the killings as soon as the henchmen on the skidoos arrived. His scent was all over them. I knew the old bat would find you eventually. He has all the time in the world to look.”

Morgan examined her hands in the light, especially the palms. Did people really believe the nonsense about hairy palms? “Vampires don’t exist. They are a myth. Werewolves aren’t real. I had an accident, and now I am in hospital in a coma and I’m dreaming this. I’ll wake and find the witness protection program has more men guarding me. I haven’t turned into a werewolf. This is part of my nightmare. It is an hallucination caused by a brain injury.”

“You’re not dreaming.” He tried to take her hands in his, but she slapped him away. “Vampires, us, and other creatures have always existed. We benefit from disbelief. All the movies about us have led to a peaceful life.”

The shaking increased.“That vampire is real … he is going to find me, isn’t he?”

Rowan sighed. “He is going to be busy back-trailing me for where he thinks I might have stashed you. He knows me. We are old enemies, and he knows I don’t increase my kind by choice, so he won’t imagine you, a werewolf with me, ad his target, not yet.”

“What happens when he does?”

“I would imagine he will have a serious problem. His instinct is to bite, and he can’t without getting infected. He’d go for a bloodless kill, but he needs to fight me to get to you.” Rowan basked in the first rays of the rising sun with spiteful relish. “Stanislav was responsible for almost outing me not so long ago. I would welcome a final reckoning.”

She wasn’t listening to him. Now she was out of fur, the shock consumed her. He revised his plans, for going to Siberia wasn’t going to prevent the old bat coming after them. Once Stanislav found the trail cold, he would have people looking out for a couple buying a ship passage. No, he’d take her to Vancouver Island for the winter. The climate was temperate, and he could teach her how to adjust in the untamed forests of the north of the island where they would blend in with other packs. Let the old bat chew down his talons down to the flesh in frustration.

Rowan started the truck. He had daylight hours to drive through the interior, get the ferry at Vancouver to Nanaimo, head north from there until he could hook up with the Pacific Rim highway to Sprout Lake and then they could take a back road to Strathcona Provincial Park.

Heavily forested in a wild way, the park was not vehicle friendly, and definitely not friendly to large aerial objects. Rowan couldn’t remember there being any motel near the place, which meant a long flying distance. The vampire was going to have to send his henchmen unless he chose to fly his wings down to stumps and walk his feet off.

If he were Borinsky, he would be phoning the moment he had put a ‘Do Not Disturb’ sign on his motel room door and secured the drapes over the window. Given the truck hadn’t been reported as stolen by the absent owners; it would take the old bat a goodly while to convince someone to run the plates. That someone wouldn’t act without contacting the owners.

Morgan fixed her wig in place with an expression of distaste. She clicked on the overhead light to touch up her old lady makeup in the rear view mirror. “How are we going to get a boat if that monster has the harbor watched? He will, won’t he?”

“Change of plans. We stay in Canada, but move across to Vancouver Island.” He readjusted the mirror.

“How? On the ferry, in this truck with the description circulated? I saw the monster write down the plate number while he waited for you to stir. Have you forgotten I am wanted for murder?”

Damn. He must be getting old to not wake sooner in the presence of danger. He should have stirred before the vampire had found a perch. Maybe they wouldn’t be getting the ferry to the island with the truck. Perhaps it was time to call in a few favors. Terminals would be watched but they couldn’t station people at every single jetty pocking out into the ocean. No, he needed a smallish fishing boat with an outboard motor and new exactly where he could hire one.

“First, lose the old lady makeup. It is possible someone saw us together with this truck and may remember when Borinsky wakes up from his nap and starts reporting in. Then we get you some new clothes and a smart phone for me. I need to access some funds for a car hire since the truck is of no use, not if he took the plates.”

“What about the money you took off those men?” Her face radiated disapproval.

“Morgan, if you were a car hire company, how would you feel about hiring to someone who couldn’t produce a credit card, proof of identity and was a tad shy on luggage to boot? I can book it remotely through one of my companies. They won’t ask questions if it is a corporate hire.”

No, it wouldn’t but he was too tired to explain right now. The old bat would have the port watched by now and he was smart enough to figure out the truck would be history. The watchers would be for people. He would have made those arraignments the moment he settled into his room for the day. Rowan didn’t intend to leave a trail when he went to ground this time.

And now for some cat spam because I love my fluffies. 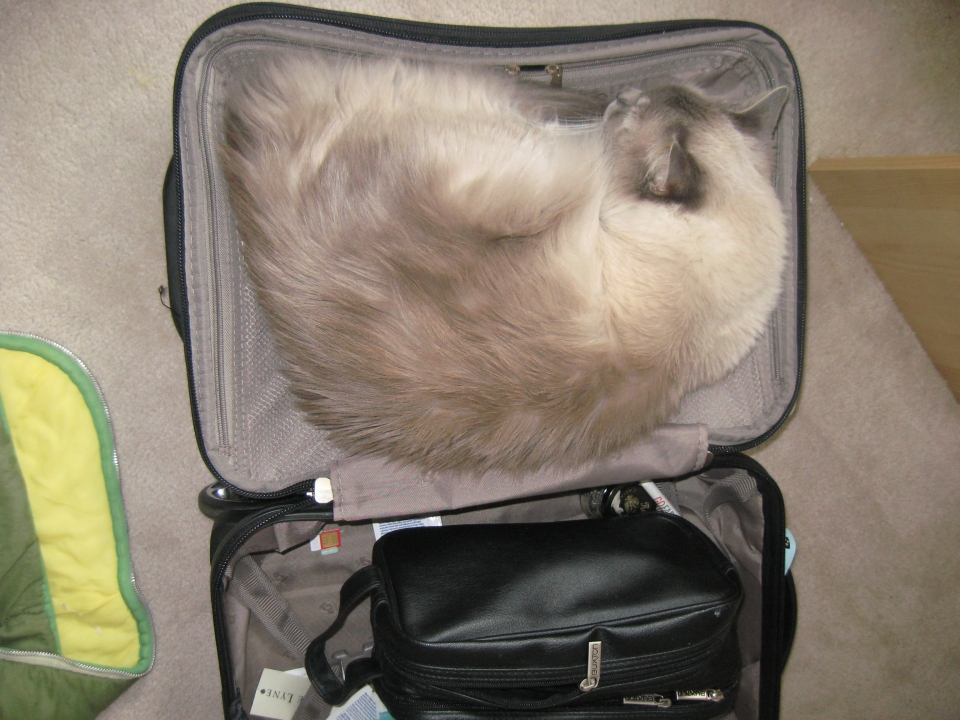