Hi Joanne Hall and Welcome. Would you like to begin by telling the readers something about yourself?

Hello, thanks for having me! I’m a fantasy writer living in Bristol, England, teetering down the long slope towards forty. I like reading, music and gaming, and I’m mum to a beautiful white-and-black greyhound. I run the Bristol Fantasy and SF society Facebook page, and for the last six years I’vebeen the chair of BristolCon.

What are your books about and what inspired you to write them?

I always wanted to write fantasy – it’s been my favourite genre since I was little and I grew up reading fantasy books and watching fantasy films. I was lucky enough to grow up in the 80’s, which was kind of a golden age for fantasy films. I like to write something that takes me right out of the real world and into magical realms, but I also like to write about people and the troubles they go through.

How long did it take for each book and how many times did you go through it before it was finally done?

It varies, but usually about 12-18 months from start to finish of a book, and I normally write 6-8 full drafts. I write the first draft out from start to finish, and then I go back to the beginning and go through it again and again and again until it reaches the stage where I think if I fiddle with it any more I’ll mess it up. Then I know it’s ready to go to Kristell Ink, where Sammy tells me all the ways I can improve it!

Where do your settings come from? Are they taken from real places, made up entirely, or aconglomerate of the two?

A mix of the two. Sometimes I’ll see a picture of a real-world place and that will inspire me, but I like to take places and put my own twist on them, or mix them together. Northpoint in The Art of Forgetting : Rider is based on Marazion in Cornwall, which is one of my favourite places, but the town is nothing like the town in the book, and the political divisions in the book were inspired by 1970’s Belfast as much as anything else. So it’s a real mixed bag. Living in Bristol is great because there are parts of the old pre-war city tuck right alongside modern office blocks, and you can walk along a modern alley and find yourself suddenly transported into the past. I like weird bits of architecture like that.

Who is your favorite character and why?

Oooh, that’s like trying to choose between my children! I do have a very soft spot for Rhodri, but Ifall in love with all my heroes and heroines. And a good baddie is always tremendous fun to write –Allorise Carey from Spark and Carousel was brilliant to write because she was such a terrible, extreme character who did such awful things with no moral qualms whatsoever. When you have a character like that who will do anything it’s fun just to see what shocking things they get up to!I know my favorite is Rhodri, who is a bi character.

I am wondering if it is more difficult to write a bi character than a straight or gay one.

Not really *smiles* When I started writing The Art of Forgetting I didn’t consciously know that Rhodi was going to be bisexual; his sexuality emerged as the story progressed. It made sense to me that in the hyper-male environment he was thrust into with a lot of other teenage boys that there would be some sexual experimentation going on, and it was obvious that some of the characters would not be straight – it wouldn’t be realistic otherwise. Aside from make sure that I told his and Astan’s stories honestly and fairly and didn’t write anything crashingly insensitive; that was the only part I was wary over, and I hope I did them justice. But as to whether it’s more difficult to write a bisexual character– no. As Ursula Le Guin says, “love is love.”

Are you an outliner or a pantzer when it comes to start a book? If the latter, do the ideas come to you in one big lump, or are they piecemeal?

I am a huge pantzer – I usually have some idea how the story ends and a couple of plot points in the middle, but that’s it and I never write them down. Obviously there are as many ways of writing as there are writers, and what works for me may not work for you, or indeed anyone else, but I find that if I over-plan it takes the fun out of writing. I like the journey, the adventure of finding my way into, and through, the story, and the surprises that can get thrown up along the way. Sometime that leads me down a blind alley, but that’s part of the fun!

Finally, where can the books be purchased and what are your plans for the next ones?

To answer the second part of the question first, my next book, the aforementioned Spark andCarousel is released at the end of September this year. It’s a stand-alone set in the same world  as The Art of Forgetting, but you don’t have to have read any of my other books to enjoy it (though you should, you know?). The story follows Spark, a mage-apprentice on the run after the death of his master, who finds himself the target of rival criminal gangs in the city of Cape Carey. It’s a lot of fun!

As for where the books can be purchased, both volumes of The Art of Forgetting are available fromAmazon, Smashwords, Barnes and Noble etc… and in paperback from Forbidden Planet. They can also be ordered through your local independent bookshop. 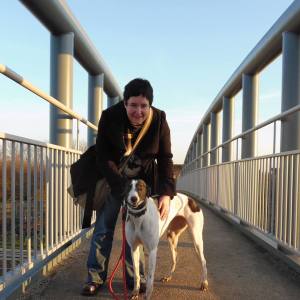 Here is my review of The Art of Forgetting on Amazon. It is a fascinating read.

A refreshing change.
ByElizabeth Hull on July 1, 2013
Format: Paperback
Jo Hall’s book truly breaks the boundaries. So many fantasy novels are pat deliveries of what has already gone before. Hall takes the genre to the next level with her skillful handling of characters who are not quite what one would expect, but are beyond delightful because of this.

The hero, Rhodri, starts out in deprived circumstances because he looks different from other villages and he has total memory recall. As a found child, he is raised by suspicious guardians, who do little to nurture him. When a chance comes to leave his village, he jumps on it and begins a whole new chapter of his life.

What follows is Rhodri striving to find links to the past he remembers in vivid detail. The truth isn’t always how it is presented and he must adjust to this as well as his growing experiences. Without giving spoilers, this is a very character driven book that excels in to life in this world and Rhodri’s take on his surroundings.

I found Rhodri to be a compelling character and I was very disappointed when I came to the end of the book. I was so wrapped up in it that I read it straight through in one day. What I will take away from the reading experience is how much I enjoyed seeing Rhodri grow over the course of the story. I am very much looking forward to the next book so I may learn what happened next. This was an immensely enjoyable read and I can’t recommend it enough.

I received this book in exchange for an honest review. Now where is the next in the series? I want it now.

3 thoughts on “Meet the Grimbold Authors, Interview 2 with the talented Joanne Hall”