This is not text you will find in the free sample on Amazon. It is a tad further along in the book The sequel, Serpent of the Shangrove, is scheduled in the third quarter of 2015. 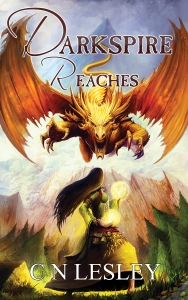 Tonight they went beyond taunts. After the laughter died down, two of the silver-liveried servers grabbed her while a cook brought over a golden dish with a clear surface. He held it up so that she could see her reflection along with the faces of those that held her, their blue eyes and blond hair fading in the metallic gleam, making them men of gold. Her black hair looked as if it had a life of its own with the golden overtones. She was out of place among all these fair folk in her darkness.

Not for the first time, Raven wished Margie had returned her to the tribe people instead of keeping an abandoned child. Dark-haired First Born would not regard her as so ugly. A shudder ran through her at the thought of the child-eating wyvern they worshiped. Perhaps the old woman had lied to keep Raven tied to her. Maybe it wasn’t much bigger than a firedrake. The Angressi soldiers didn’t seem to hold the beast in any great fear.