You are cordially invited to attend the Grand Launch Festival Day!Join us for what is sure to be a blast with the Most Enticing Book Trailer Contest winner announcement, scavenger hunts, giveaways, Google social hangouts, and our kick off for the 1st Annual Authors’ Cave Book Awards where you can win $500 cash, a Kindle Fire or Nook, and free promotion of your book for a year at Authors’ Cave!

Back to the train…Get to know the blogger – that’s me!

Three sentences about myself. My real name is Elizabeth Hull but my author name is C.N.Lesley.  After I had written my first book I found a quite prominent lady had used my real name to publish, even the same genre and the same middle name spelled the same way.  I live in Central Alberta, Canada, with my husband and cats, and my daughters nearby.

Her birth mother left her as a sacrifice to the Wyvern, believing a second
born twin had no soul. The Wyvern knows better. He is coming for her. His fury has no limits. 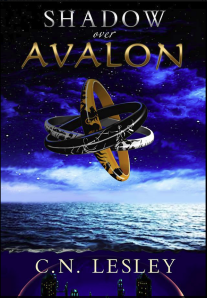 Beyond the mists of time, a dying warrior binds his soul to his sword with an oath to protect his people. His shade rides with the Wild Hunt while he waits for the call of greatest need, but when it comes, he doesn’t know it is a lie. I

The first three words I would used to describe myself : Creative, Artistic, Compassionate.

I am currently working on these projects. The third book in the Shadow series. The second, ‘The Sword of Shadows’ is set to be released in September.  I am also working on the next book of the Darkspires series, which I hope will be released sometime next year  call ‘Serpent of the Shangrove’.

I can be found here https://cnlesley.com/

Stay on the train and follow these authors next! See how they responded to the same questions!